Writer Kim Kelly provides the secrets to her writing success 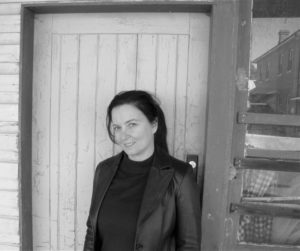 The very first novels that sparked author Kim Kelly’s interest in writing was Picnic at Hanging Rock by Joan Lindsay and Power Without Glory by Frank Hardy – books she read in her teens.

“They made me want to write stories of Australia’s past. But all keenly written books with big hearts change me in some way,” Kelly said.

“The most recent to do that in a way that’s influenced my writing is Sally’s Rooney’s Normal People. I was captivated by the way she managed to so closely inhabit her characters but keep a critical distance at the same time, and when I finished the book, I immediately started writing my first more contemporary novel – which, after eight historicals, was a bit wow for me,” she added.

Kelly is one of three writers visiting Castle Hill Library on Tuesday, March 12 as part of the Wild West Women Talk.

The acclaimed Australian wordsmith will join USA Today bestselling author Kelly Rimmer and romance writer Alissa Callen during the intimate event to discuss their stories and share secrets to their success.

“I hope that Kelly, Alissa and I can shine our little lights on the wonderful energy and diversity of writing and storytelling we have out in the Central West, and that the audience is inspired by our different paths through publishing, as well as the idea that being a writer isn’t really a goal, it’s a life-long love – one full of hard work, yes, but full of wonder and joy, too,” Kelly said.

While many will be listening and taking in Kelly’s words on how to pursue a career in writing, the avid reader and writer revealed that she also struggled to put pen to paper in the beginning.

“It took me a long time to find the confidence to give novel-writing a go,” she said.

“I became a book editor instead, thinking I wasn’t clever enough to do anything so magical as write, but through meeting so many wonderful writers on the page and in person, little by little I was encouraged to see what I could do. Now, I can’t seem to stop.”

Most of Kelly’s stories are historical fiction, set in Australia.

She admits Australia’s social and political history has fascinated since childhood and has provided her with endless inspiration for stories.

“Sometimes I think I write novels just to do something useful with all the fabulous trivia and tall tales of the past I collect,” she said.

“But all of my stories have some kind of personal significance too – usually some snippet of family history or a theme I need to explore, an idea I need to understand – and I’m often surprised at how the personal emerges from the imaginary.”

Kelly has produced eights books, including her latest novel, Sunshine.

She also writes short stories, too, one of which, Messerschmitt, was recently awarded third place in the prestigious Hope Prize.

Kelly said that she treats writing like any of her other work.

“I start the day around eight am and finish up at around five-ish,” she said.

“I get a bit undisciplined when a story really starts coming together, and at that point I seem to need to work all hours as it takes me over mind, heart and soul.

“I’m quite nuts when that’s going on,” she admitted.

Interestingly, Kelly likes to write her novels from her kitchen.

“Although I have an office, I gravitate to hub of the house – probably because I’ve been doing this since my kids were small and I needed to be available even when I was working,” she said.

“It’s just a habit I haven’t broken, I guess. And it’s occasionally entertaining for those looking on, to see me sitting there laughing at my own jokes and crying when my characters are in trouble,” she added.

For those wanting to enter the writing business, Kelly advises to “read, study and practice to become as good as you can possibly be”.

“Write because you love it, and because you want to do wonderful and purposeful things with it,” she said.

“Success comes in many forms, so remember to enjoy your achievements along the way, no matter what they are. And always be respectful of and interested in others you’re sharing this road with, be they big-name bestsellers or writers just starting out.

“We’re all after the same thing – sharing our love of storytelling with the world – and we have so much to learn from each other.”