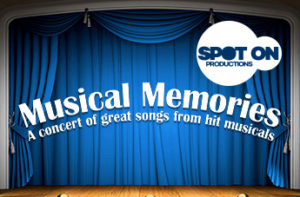 Spot On Productions is returning to the Pioneer Theatre with their latest string of performances, titled Musical Memories.

Starting from April 5, the series has been designed to be unique and showcases a range of beautiful singers.

Producer Katrina Gooding said the idea behind the series was to create an outlet for The Hills’ older demographic.

“Being a weekday morning show, it is specifically aimed at seniors and retirees who love live music and great singing,” Gooding said.

“I know so many talented performers so it seemed like a great opportunity to put that all together to create a concert series for people to enjoy.

“They can come along and have some morning tea with us and then enjoy an entertaining show full of songs they all know,” she added.

Gooding  is hoping audiences will get involved and sing-along when they come to the show.

Tickets start from $25 and include a light morning tea at the end of the show.