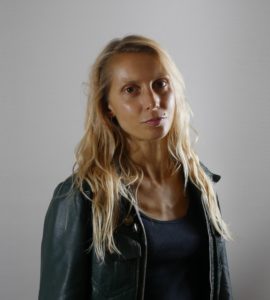 Apart from having “fun”, Monica Welander is daring budding singer-songwriters to just be “themselves”.

And that’s what the author of the Songwriter’s Book will be doing when she visits Castle Hill Library on Monday, April 15 as part of Hills Shire Youth Week celebrations.

“My advice to anyone who wants to create something of their own, regardless of the kind of work, is to dare to be yourself… personal and honest … do things your way. Whatever feels right for just you,” Monica said, adding: “Only then it becomes something truly of your own.”

Monica’s career in music began at the tender age of 16 – that’s when she started writing her own songs.

But it didn’t start out the way the guitarist had planned.

“I only knew the basic chords as I had taken some guitar lessons when I was younger but dropped out because of a boring teacher,” she told Focus. 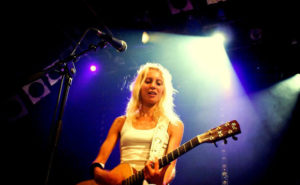 Although this may have deterred some, it only ignited Monica’s own songwriting passion.

“Songwriting has always been what has driven me in my music career,” she said.

“When I’m performing my own work, that’s when I feel it makes sense, and I can be truly passionate.”

Meanwhile, the avid performer has been working on new music, while helping those construct their own lyrics.

Monica doesn’t necessarily work on an album or a  series of songs – just a couple at a time.

Giving each song the total focus it deserves. 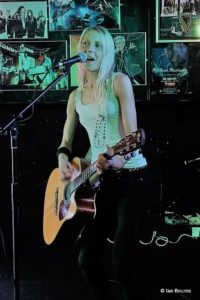 She also doesn’t put pen to paper. She just sings, while playing different chords on her guitar.

“I always work on my songs on the floor,” she said.

“Sometimes it starts with a rhythm or chord progression, sometimes with a phrase, a word a line, sometimes all at the same time.

“I enjoy playing and singing so I work out the song by adding more and more while I’m doing that.

“It can take time for me though, and having the time to write is the number one ingredient,” she added.

“It can be really frustrating when you really want to write but there is nothing,” she said.

“Best way to overcome it is to play and sing anyway and try to work on a few silly ideas with no intention to make something big out of it.

“That helps the creativity to get into a flow,” she added.