Plant of the month 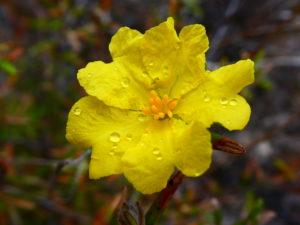 superans: Latin for ‘overtopping’ referring to the flowers and the new growth of the branches

Habitat: Woodland and heathland on sandstone ridgetops, usually near the boundary of shale and sandstone.

Flowers: Yellow on the ends of branches.

Seed : Has a fleshy appendage which attracts ants, encouraging them to disperse the seed.

Range: Baulkham Hills to Wisemans Ferry and Mount Boss near Kempsey, although not common.