‘I love to write and I feel very uncomfortable if I’m away from writing’: Delve into the world of critically acclaimed and bestselling crime writer Dervla McTiernan 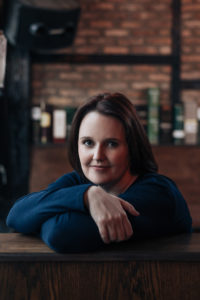 She’s known for her crime stories which have readers second guessing who the killer is.

And it appears Dervla McTiernan’s critics weren’t wrong about her critically acclaimed and bestselling murder mystery series, which includes The Ruin and The Scholar. Her third novel, The Good Turn, will be released on March 1.

In fact, the Irish expat’s first book, The Ruin, has caught the attention of Chapel Place Productions – a company owned by Hollywood legend Colin Farrell – and Hopscotch Features, and the first chapter is currently in production in the UK.

FOCUS caught up with Dervla ahead of her in conversation event with fellow author, Nicola Moriarty, at Castle Hill Library on February 26 at 6.30pm.

Dervla kindly provided FOCUS with a sneak peek into her newest book ahead of its release date, her writing processes and how she manages writers block and procrastination.

Focus: What can Castle Hill Library audiences expect from your upcoming “In Conversation” with Nicola Moriarty?

Dervla: I’m so looking forward to speaking with Nicola – it’s always special when you get to talk to another writer about your work. The questions come from a different place and it always makes for an interesting conversation! I think we’ll have a fun, relaxed evening, chatting about books and why we write and telling a few stories along the way. The lovely thing about library events is that the audience is great at getting involved and asking questions too, which keeps things interesting for everyone.

Focus: You have a background in law – did that ignite your passion for crime writing?

Dervla: Well, I was a corporate lawyer, so I didn’t have much to do with criminal work. I would say that my passion for writing was very much a separate thing that came about because of my love of reading and story. Reading and writing were more of an escape from the law than anything else!

Focus: How did you come up with the idea for the Cormac Reilly series?

Dervla: For me the first book in the series, The Ruin, was much more about Maude and Jack than it was about Cormac. I really felt that it was the story of the two children, and it was born that way in my head. I had an image of Maude, aged about fifteen, and Jack, only five, sitting alone on the stairs in this crumbling country house in Ireland. I knew that Maude had loved Jack since the moment he was born, that she had protected him and cared for him but that now she was afraid she wouldn’t be able to protect him from what was coming. I knew they were afraid but I didn’t really know anything else – I had to write to book to find out what had brought them to that place and what would come next. Cormac Reilly came about because I needed a young policeman, very good hearted and decent but unsure of himself, to find the children that night. He just blossomed from there. But even when I had finished The Ruin, I wasn’t thinking of a series. I guess I just had more stories to tell.

Focus: You moved to Perth from Ireland after the GFC. Why did you choose Perth?

Dervla: My husband is an engineer, and when we were looking for a fresh start we needed to look at places where there was a lot of engineering work. At the time all of the engineering work seemed to be happening in Brisbane or Perth. I had never been to Australia before, but my husband spent a year here, backpacking, ten years previously. He left the choice of location up to me, but he did tell me that in Brisbane the cockroaches could fly….and that kind of made my choice for me. I’ve since found out they can fly in Perth too, but Perth is very much home now so it’s too late for me to run away!

Focus: In The Ruin, you’ve managed to successfully link up your previous hometown of Galway, Ireland with your new country of Australia. Why did you decide to link the two countries in your first book?

Dervla: In The Ruin we don’t have any scenes set in Australia that appear in the book, we just know that Maude spent some time there. I guess it was natural for me to put Maude here – she left Ireland and needed a safe haven and Australia was that for her in the same way it was for us.

Focus: What suggestions do you have for those who want to get involved in writing?

Dervla: I think writing is a gloriously rewarding way to spend your time, so for anyone who is drawn to it I say go for it!  I think it’s not necessary to write for publication and the pressure of publication as an end goal can often impact the pleasure people get in writing as a creative activity. So I would strongly advise writing for the joy of it, certainly for the first couple of years. If later you want to pursue publication then you can explore that but by then you will have the creative work really well established in your life, and you’ll be better able to ride the crazy rollercoaster of the submission process.

Focus: You are about to release your new novel, The Good Turn. Can we get a bit of a sneak peek of what it is about?

Dervla: At the opening and at the heart of the book is a very young woman, Anna Collins. She’s a single mother and her little girl, Tilly, has stopped speaking. She hasn’t spoken a word in three months. Social workers think that Tilly may have experienced some kind of trauma and when it looks like they may try to take Tilly away, Anna decides to run. She gets on a bus and she disappears into the west of Ireland, to a small fishing village on the far west coast.

Meanwhile, back in Galway, another young girl has been abducted. Detective Cormac Reilly and Peter Fisher are desperate to track her down before it’s too late, but, strangely, they are getting absolutely no support from their boss. Working under enormous pressure, Peter Fisher makes a fatal mistake. In the aftermath he’s faced with a choice – lose his job or accept banishment to a small fishing village on the far west coast…

So we have Peter and Anna in this little village…and back in Galway Cormac Reilly is trying to finally get to the truth of the power struggle within the gardai, to save Peter and himself, and maybe even the greater good.

Dervla: These days I’m lucky enough to be able to write full-time, and I try to get most of my writing done while the kids are at school. At the moment, because I have a looming deadline, I’m writing at the weekends too and sometimes at night, but that isn’t necessarily a bad thing. The more time I spend with the story the more alive it is to me and the writing just flies along.

When I start a new book I look for a character. Someone I feel very strongly about – generally it has to be someone I feel a great deal of sympathy for. In The Ruin that was Maude Blake, in The Scholar it was Carline Darcy, and in The Good Turn it is Anna Collins. Once I have that character in my head I sit down and I spend a week or so sketching out their backstory. I want to know everything I can about them, their family, their friends, their entire life history. I need to know all of that, whether or not it will appear in the book, because it makes the character alive for me.

When the character work is done – and I will generally repeat that exercise for most of the key characters – I will sketch out a list of the scenes that have come to me that I am most excited to write. And then I start writing. I usually write between thirty and forty thousand words before I stop and look back over what I have written. At that point I generally make a detailed outline, rewrite the first forty thousand, and then continue on. Outlines are important to me but I don’t hold myself too them. They’re a suggestion, not a blueprint. When they stop working for the story I dump them and either write organically for a while or I redo the outline. When I finish that rough first draft I usually do another complete rewrite before the book goes to me agent or my editors. Then after that I will have at least one structural edit with my editors, sometimes two, and a copyedit plus proofreading. It’s a pretty involved process!

Focus: What’s your favourite book of all time? Why?

Dervla: That is the MOST impossible question!  I have books that I’ve loved since I was a child and books I came to later and I think it would be impossible to choose only one. Maybe the book that comes to mind most often when I’m asked that question is Lisey’s Story, by Stephen King. It’s just a stunning book – suspenseful, frightening and beautiful in equal parts. There are elements of horror and the supernatural and some terribly sad moments, but it’s really the story of a long and loving marriage. The language is gorgeous too. I just love that book.

Focus: How do you write to a deadline – while successfully managing to avoid procrastination and distractions?

Dervla: I can’t say I completely avoid procrastination and distraction…I’m definitely as guilty as anyone else of both. But I love to write and I feel very uncomfortable if I’m away from writing for any length of time, so for me there isn’t really a choice. That doesn’t mean that there aren’t hard days, and it’s always tempting to play with the fun bits – to write something new – rather than to knuckle down to the hard work of rewriting. Recently I read Cal Newport’s book, Deep Work, and I liked a lot of his ideas. I’ve adopted some of them and I’m finding that my focus and productivity have improved. I’m also pretty organised – I love a good spreadsheet – so I generally have a good idea about where I am with regard to my deadlines and what I need to do every day to meet them.

Dervla: Lots of exciting things!  Hopscotch Features is developing The Ruin with Colin Farrell’s production company and Chapter One in the UK, so I’m excited to see what comes out of that. I’m working on a new book right now that I’m very excited about – it’s a work in progress so it’s a bit too soon to talk about it, but it’s so much fun to write. And I have a few other projects in the mix that I can’t wait to get to. There just aren’t enough hours in the day!