The boy from the bush is back in The Hills 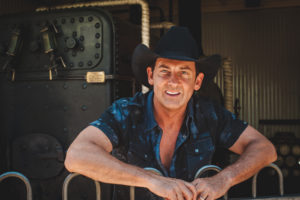 Country Rocks Festival Sydney attendees can expect big things from country singer Lee Kernaghan when he performs at Bella Vista Farm on Saturday March 3. Performing as part of Sydney’s premier country music festival, the four-time Aria award winning artist will be giving audiences a taste of his greatest hits during his first Sydney performance in 2018.

A: Last year was a celebration based on my first album Outback Club and my first single Boys From The Bush being released 25 years ago. So my performance will cover all the hits from that album all the way through to the newest album called the 25th Anniversary Album which we released in March last year.

Q: What’s your song making process? How has that changed over time?

A: My song writing process has not changed too much over the years. The foundation has always been my producer Garth Porter writing with me. Garth has been with me since day one as a song writing partner and producer. Also Colin Buchanan has been an integral part of the song writing team. James Blundell has also been writing with me and is involved in at least one or two songs on almost every album, and through the years some other great writers have contributed their talent to songs on various albums.

Q: On your 25th Anniversary Album, you join some of Australia’s top country musicians?

A: For the 25th Anniversary album I chose songs that in some way represented a part of the last 25 years. Whether that connection was through the story of the song or through the connection I had with the artist who recorded with me on the song. We were lucky enough to get the cream of Australian country music to record tracks with me on this album including The McClymonts, John Williamson, The Wolfe Brothers, Kasey Chambers, Troy Cassar-Daley, Adam Harvey, Adam Brand, James Blundell and my sister Tania.

Q: Your wife Robby also joins you on the album. How was it working with your wife? I hear she is an amazing singer!

A: Yes Robby does a duet with me on the 25th anniversary album. I am a bit biased there but Robby is an amazing singer and artist in her own right. We have done a few duets over the years on my records and she has been involved in most of the albums since Hat Town in various ways, whether it be song writing or backing vocals. Robby is my sounding board and she has provided many ideas for me over the years.

Q: Any mischief or memorable moments when creating your 25th Anniversary Album?

A: Well to be honest it was the entire process that was memorable because it was the first time The Wolfe Brothers were my recording band and that in itself was fantastic on all levels. And to top that off all of Australia’s best country music artists came in and contributed to make this record very memorable and special for me.

Q: You’ve sold 2 million albums in Australia, had 36 number 1 hits, 36 Golden Guitar Awards, 4 ARIA awards, you were the recipient of the Outstanding Achievement ARIA Award in 2015, you were the Australian of the Year and you’ve also managed to keep a favourable reputation amongst the public. Some call you “level headed” and others straight out say you are a “fair dinkum good guy”. What do you owe your positive reputation to?

A: I have been fortunate with having a wonderful family and parents who taught us kids values and lessons that have stuck with us. I just try to do the right thing by people.

Q: You celebrated your 25th anniversary for Boys From The Bush last year. Can you tell me what is the secret to you maintaining your high position in the charts, day-in and day-out, where others have failed?

A: We try to make music that connects with people and represents the Australian way of life and our values. I get a lot of the ideas from travelling around Australia and meeting people on the land.

Q: Being in the industry so long, I would assume you have many young country music artists coming up to you and asking for advice. What do you tell them?

A: There is no easy answer or short cuts. It involves a lot of dedication, belief and hard work to make it in this business. I try and help new talent when I can and we will often put a new artist on our shows as we travel around the country.

Q: Did anyone give you advice that has helped you in your own music career?

A: My dad is a huge influence. I used to go and watch dad perform when I was a small child. It started there and he continues to give me guidance now.

Q: You were inducted into the CMC Hall of Fame last year. Can you recall your emotions when you were first told that you would be inducted?

A: I was proud and also very grateful to so many people.  I have not done all this on my own. There has always been a great team working with me and I owe so much to them all and of course to the fans who have stuck with me all this time.

A: The 25th Anniversary tour was such a fantastic success that we extended it into this year right up to June. I will record another album this year and hopefully that will be released for Christmas, and then we will hit the road again and take the new songs for a spin around Australia. Playing live is something I love doing and I am so grateful to be able to take my music into all the amazing towns and cities around Australia.

Catch Lee Kernaghan at the Country Rocks Festival Sydney on Saturday, March 3 at Bella Vista Farm from 10am to 11.30pm.

For more info and to grab your tickets now, head to www.countryrockssydney.com.au.