Roxborough Park Rose Garden is bursting with beautiful blooms! Thousands of roses are on display, showcasing 80 different species. Many of the varieties have been donated by local nurseries and rose societies. 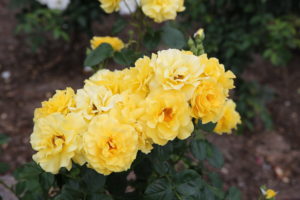 The Garden was established in 1972 and is regarded as one of the largest of its kind in Sydney, occupying over 800 sqm. The original concept design was prepared by the Senior Landscape Designer of the Royal Botanic Gardens. Some of the roses on display include the Australian Bi-Centennial Rose, The Hills Shire Council’s Centenary Rose and the Olympic Gold Rose. 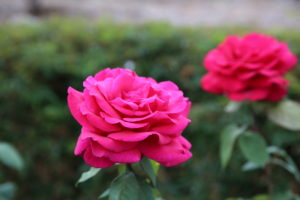 The garden is undergoing a facelift in conjunction with the Waves Fitness and Aquatic Centre renewal project. Due to upgrade works, some roses have been relocated into newly constructed garden beds in locations around the garden and others have been relocated. Work on a new rotunda, improved pathways, edging and irrigation systems, will be carried out alongside work on the new aquatic centre. 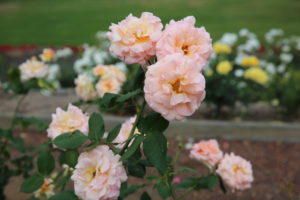